There has been a release of oil from infrastructure beneath the sea in the Gulf of Mexico. Shell have confirmed this leak was spotted by a helicopter observing a sheen floating on the water. Shell have estimated this leak is around 2100 barrels of oil. Shell confirmed on Thursday that it shut all wells that
Read More
BP Oil settlement set at $20 Billion A New Orleans federal judge in the US state of Louisiana has granted final approval to an estimated $20bn settlement over the 2010 BP oil spill in the Gulf of Mexico. At the US district court in New Orleans judge Carl Barbier has issued an order confirming the
Read More
In the history of big disasters, many incidents have taken place in almost every second or third year. There are many incidences of oil spills which took place at various locations. At that time, it also created a very big loss of economic state of that country. During Gulf war in the year 1991In the
Read More 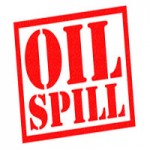 The reported oil spill cost of the BP Gulf oil spill is now estimated to be $54 Billion. The oil spill was more than 230,000 tons of crude oil and carried on for 87 days, which made it the biggest oil spill in U.S history. If you look at past oil spills this will undoubtedly
Read More
With the size of tankers ever on the increase, more and more operations are being required to be held offshore. Often these “mega ships” are simply too big to get into the ports they are serving. This is where technology such as Single Buoy Moorings, Multi Buoy Moorings, Floating Production Storage and Offloading and Articulated
Read More
We use cookies to ensure that we give you the best experience on our website. If you continue to use this site we will assume that you are happy with it.Ok