Single point mooring (SPM), also known as single buoy mooring (SBM), is a floating jetty/buoy that is anchored offshore to allow liquid cargo handling such as products of petroleum for tanker ships. Single buoy mooring is mostly used in places where dedicated facilities for unloading or loading liquid cargo isn’t available. They are often positioned
Read More
The new marine breakaway coupling launched by KLAW is called the Marine2, which is 25% lighter and 32% shorter than alternative marine breakaway couplings available in this sector and was designed and developed to reduce the stresses placed on hoses used on offshore hose reel applications. Marine2 Breakaway Coupling This new Marine2 design has been
Read More
The price of oil has shaped the financial fortunes of many oil producing countries. To address this, the Organisation of Petroleum Exporting Countries (OPEC) has looked to reduce the output of oil not just from their members, but non-members as well. Non-member Russia has shown its willingness to freeze its production of oil at present
Read More
In the recent years, container freight industry has been on the downward trend in regards to profit made cutting down to high sales revenue obtained from this industry. This phenomenon has seen carriers struggling to find a permanent solution to this catastrophe compelling some to work independently embracing such initiatives like organisational cost-cutting. These efforts
Read More
Cam-lock couplings Cam-locks are a hose couplings used to connect fittings on piping. They are available in different materials and can be used in various mediums.They replace the traditional, unsafe and time-consuming nut, bolt flange and drift pin methods of pipe connection. A lever or joint on the cam lock coupling connects one hose pipe
Read More
The number of Oil spills during Loading ? Discharging is 3,170 between 1974 on 2015 according to statistics compiled by International Tanker Owners Pollution Federation. 95% of all incidents recorded fall into the small and medium size oils spills. Medium oil spills are between 7 -700 tonnes with small spills less than 7 tonnes. The
Read More
The world requirement for oil is still increasing on a daily basis, so it should not surprise you that more countries are increasing their oil production. In this article we look at the top 10 largest producing oil countries in the world in which a few may surprise you.   The Top 10 Largest Oil
Read More
In the history of big disasters, many incidents have taken place in almost every second or third year. There are many incidences of oil spills which took place at various locations. At that time, it also created a very big loss of economic state of that country. During Gulf war in the year 1991In the
Read More 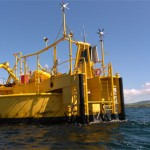 Also referred to as single-point mooring (SPM), the single buoy mooring or SBM is an offshore anchored loading buoy, serving as a mooring point as well as interconnect for ocean going tankers offloading and loading liquid or gas products. SPM/SBMs become the connection between weathervaning tankers and the geostatic subsea. They have the capacity of
Read More
We use cookies to ensure that we give you the best experience on our website. If you continue to use this site we will assume that you are happy with it.Ok